Get to Know Our Lawyer Brenda Kaine 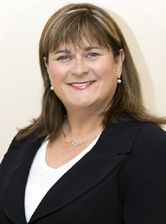 Brenda  Kaine has practiced family law since 1981, first in the Lower Mainland and since 2005, on Vancouver Island. In the ‘80s, her work was mostly carried out in Provincial Court where she represented the government in child protection cases, individuals involved in paternity cases and those dealing with extraprovincial child support. Since the ‘90s, she has worked in all three levels of the B.C. courts; Provincial , Supreme and the Court of Appeal. Her experience over four decades provides her with a depth of knowledge that benefits her clients who choose to mediate the issues that arise when their spousal relationships break down, as well as those whose issues need to be decided by a Judge.

Brenda’s approach to family law problems is to try to solve them without recourse to the courts, but in cases that cannot be settled through mediation, she will unhesitatingly advocate for her clients in the courtroom.

·       Member of the Canadian Bar Association

Some notable cases Brenda has litigated:

·      Earle v. Earle– A decision of the Supreme Court of British Columbia in 1999. This case has been referred to by the Court of Appeal as the seminal case

·      Baldini v. Baldini – A  1999 decision of the Supreme Court  in which  the payor of child support was found to be intentionally unemployed.

·       Ungerer v. Ungerer–In 1999, the Court of Appeal found that the husband should be relieved of the obligation to support his former spouse due to her

·      Stuart v. Stuart  - In 2006, this case , which was precedent setting on the topic of how inheritances are dealt with after relationships end, was decided by

the Court of Appeal.

·      Falvai v. Falvai – in this case, in 2009, the Court of Appeal overturned a decision of the lower court in which  a client’s right to move to another

community with a child of the marriage had been restrained.

·      Estes v. Estes - in this 2014 case heard in the Supreme Court in Nanaimo, the Court considered the needs of special needs children.

·       Olney v. Young –In Campbell River, in 2014, the Provincial Court judge ruled on a claim of undue hardship advanced by the payor of child support and

decided the mother’s application for the allocation of parental responsibilities and retroactive and ongoing child support.

Brenda has mediated many family law cases, many of which have involved children. The parties who have successfully resolved their family law issues with her assistance include people from all walks of life, including educators, doctors, homemakers and business people of all stripes. If consensus is reached in a mediation, Brenda will prepare a written agreement to reflect the agreement reached.

Reach out to us to learn more information about our services.

Talk to Our Lawyers